Beside nose tip correction and curved nose surgery, here is one of the popular Korean rhinoplasty (nose surgery) done by men. But it doesn't mean that this surgery is only for men because women are also welcomed to do this.

A short nose is a nose when it's been viewed from the front, has its nostrils over-exposed, which also called by upturned nose. Nose extension, also known as short nose correction, is the most difficult one among Korean rhinoplasty and it requires a well-experienced surgeon, which can be found at Wonjin Plastic Surgery. Nose extension is recommended for those who has short nose or over-exposed nostrils like stated before. It also can be done by people who are dissatisfied with their current noses' shape. 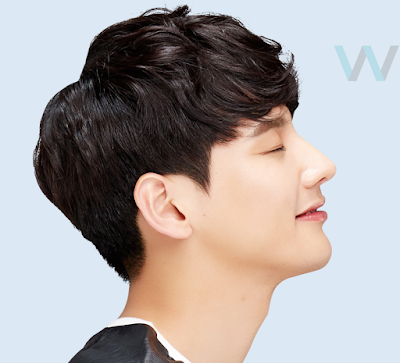 A short nose that has an angle excedding 110 degrees from the tip of the nose and lips are the reason why the nostrils is seen to be over-exposed. In this case, many precautions must be taken and considered while dealing with this specific Korean rhinoplasty procedure. Why? Because, if the implant is not be used properly, what will be happened is that it will make the nose even shorter. Therefore, a surgery, based on every individual, is the most thing to be done.

There are 3 surgical methods of nose extension.

Cartilage Surgery
If the cartilage that is forming the nose tip is raised upwards, the nose tip will be looks like it is also raised though it isn't actually. Well, in this case, the upper cartilage will be cut while the legs will be fixed downwards which will allow the cartilage looks longer downwards.

Cartilage Transplant Surgery
If the cartilage surgery is not enough, then it will need an additional cartilage transplant between the septa cartilage and the wing cartilage, it is done to increase the length of the nose tip. The septal cartilage is used in general for this procedure.

Cartilage Surgery + Cartilage Transplant Surgery + Rhinoplasty
Like can be seen from the title. It is the combination of three surgical methods. It happens when the patient still wants to raise the bridge and tip where Korean rhinoplasty (nose surgery) is done, after the cartilage surgery and cartilage transplant surgery done first. In this case, an implant will be used for the bridge and ear cartilage is the cartilage that will be used for the tip in general.

Eventhough this surgery is considered as the most difficult surgery among the Korean rhinoplasty or nose surgery, this surgery only needs around 1,5 to 2 hours to be done and it doesn't require the patient to stay at the hospital. And the most important thing, patient can go back to their daily activities right after the surgery.

More info and reservation can be found on our website.