12월 05, 2018
Most people prefer to have breast plastic surgery in Korea during the fall to winter. And after the recovery period, it's a perfect time to wear bikini in the summer. Many people say that they have breast implants at this time. Today, we're going to talk about microthane breast surgery. There are many types of implant, such as motiva, teardrops, rounds, etc. and they are said to be good for touch and movement. 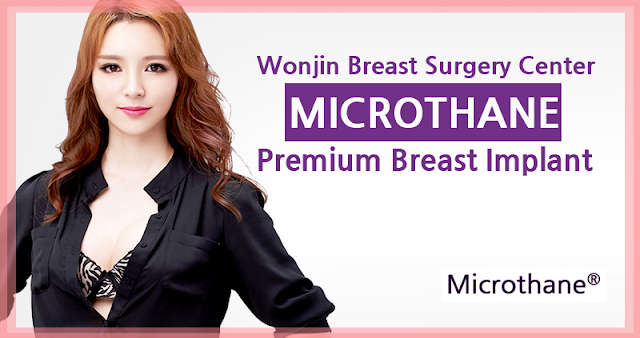 Microthane is a implant developed to solve the old structures that people worry about most about when they The surface with small holes was treated with polyurethane. It's designed for human tissue to grow, so it's good to combine with human tissue. Therefore, postoperative pain is also reduced because the potential for side effects of rupture, movement, or rotation of implant that may occur after surgery, and tissue adhesion is rapid. It's also a satisfying operation because it has a good feel and movement in the chest. Three to four days after surgery, you can do some of your daily activities, so it's suitable for office workers and college students.
Microthane is recommended for those who want to return quickly after surgery, those who need a re-surgery with spherical construction, those who need a chest reconstruction operation due to surgical side effects, and those who seek naturalness not only for touch but also for shape and movement. The advantage of microthane is that the probability of spherical construction is low. It may be as sensitive as it is one of the most worrying side effects of breast surgery.
However, since the micro-carbon implant themselves are made of implant intended to reduce the spherical construction of the implant, other implant are less likely to be built. The low incidence was due to the implantation of the human body and the growth of cells through holes in the surface of the implant, which in turn reduced risk by safe coupling with the tissue. If you're concerned about the side effects of old-fashioned construction after surgery, you'd better check out the microthane implant.

A common implant is that the generated membrane compresses the space inside the breast, causing spherical build-up, and the micro-carbon does not pressure the implant as the tissue cells enter it.
Also, what if there are too many signs of surgery of worry like old-fashioned construction? And what we're doing is, in the postoperative recovery process, we're able to see the smooth, natural touch, shape, and elasticity of tissue cells that bind with the human tissue.
Surgery using ordinary implant takes about six months to form and smooth, but the microthane is fast enough to attach tissue to the body, making it possible to get back to life quickly. In the case of texture implant, it may be difficult to feel the same softness as before surgery, and it may be difficult to feel the movement of the heart due to the stiffness of the chest, while microthane may feel its natural feel and movement after surgery.