7월 28, 2016
Nose tip shape and nose bridge height are not the only problems that make people finally decided to do nose job these days. There are so many factors whether it's aesthetic factor or even functional factor. Wonjin Plastic Surgery Clinic Seoul Korea provides various types of nose job based on each individual' cases. From nose tip correction, curved nose correction, nostril reduction, nose extension, hooked nose job, arrow nose job, etc including the famous dorsal augmentation. 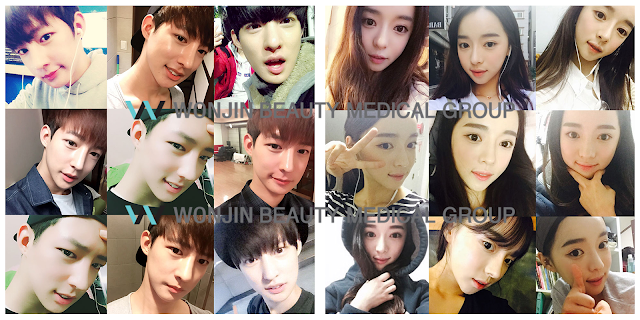 Beautiful and perfect nose seen from any angle like theirs are not a dream anymore. Working together with ENT specialists, Wonjin Plastic Surgery Clinic Seoul Korea, Korean rhinoplasty specialized clinic promises to help you out from your problems related to nose job including arrow nose job. Well, first we have to know what it means by arrow nose. Arrow nose is about shape of droopy nose which looks like arrowhead. Unlike short nose, this kind of arrow shaped nose is because of the elongated nose tip cartilage or droopy cartilage. Can it be corrected? Yes. Wonjin Plastic Surgery Clinic Seoul Korea is here to help it corrected through nose surgery.

Arrow nose surgery is considered as one of the most difficult among all types of nose surgery though. So a deep consultation with the specialists and plastic surgeon is important, including choosing the well-experienced nose surgery (rhinoplasty) surgeon. Not only people with droopy nose tip that looks like arrowhead who need this nose job, but also people with over-exposed nostril which is caused by short nose tip, also for people with too long or short nose, imbalanced to their facial ratio.

Most people with arrow nose have wide nostrils, but it doesn't mean that they need to receive nostril reduction surgery though. If the septal cartilage is long, then the wing flap droops along with it. If the septal cartilage is cut, then the nose tip will be automatically raised and the width of nose will be slimmer. But if cartilage correction is not enough, a wing flap reduction surgery might be needed. 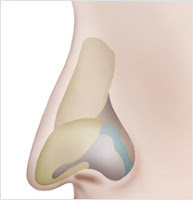 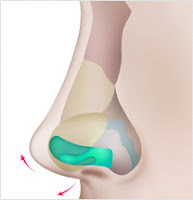 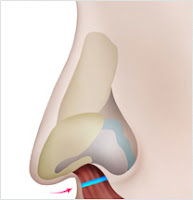 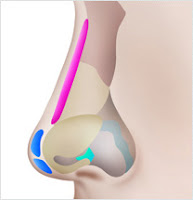 Second, Autologous cartilage will be inserted to the basement of nose as a support to reinforce nose tip cartilage.

Third, In case of extreme droopy nose tip or the nose looks more like an arrowhead when smiling, small incision will be made to remove the muscle pulling down on the nose, and the angle of nose and lips is widened. 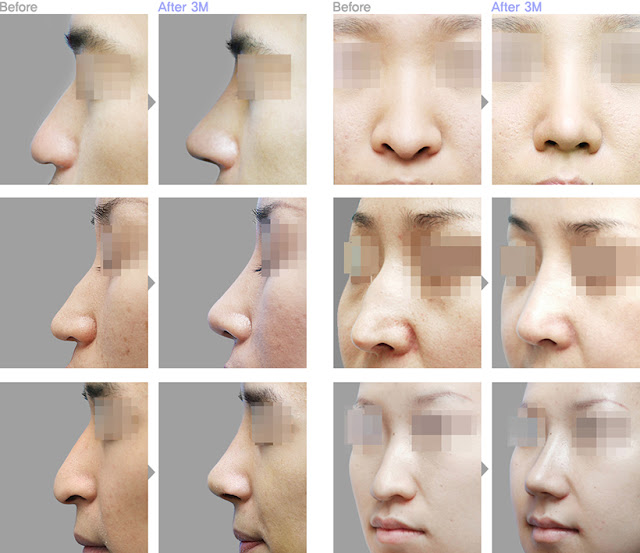 Wonjin Plastic Surgery Clinic Seoul Korea is not only correcting the nose but also considering the angle of nose and lips to form a more beautiful side view. This surgery also grafting autologous cartilage and absorbent support fixture is used to hold the nose tip, so the chance of re-occurrence is very low. And one of the advantages of this surgery? The recovery period is short, where you can back to daily activity after 5 days, and it left almost no scarring!