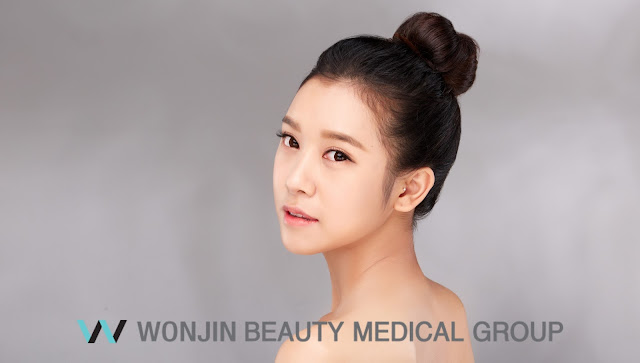 As promised before, we'll continue with the materials used for Korean plastic surgery, rhinoplasty. If we talked about implant before, now we'll talk about autologous tissue, while artificial tissue will be the topic for next post. What does it mean by autologous tissue? Autologous tissue is tissue that is collected from patient's own body, which has low rate of infection but at the same time it provides natural shape as well.

Patient who is getting Korean plastic surgery, in this case, nose surgery or rhinoplasty doesn't have to worry about the problems like hardening, or skin is getting thinner, which sometimes occur if using implant. So it can be said that using autologous tissue is safer. It's usually used for nose tip but it plays very important role in result of surgery.

The most widely used autologous tissue for rhinoplasty is septum cartilage, the nose pillar that is separating inner nostril space inside nose. It's usually being used on nose tip and rarely causes visible implant problem on skin. The plane figure cartilage provides very strong support power and it's very suitable to make pointy nose. There's no need to make another incision because it can be collected inside nose through the incision  that is already made for the surgery.

Another one that is also familiar would be ear cartilage. This cartilage is more elastic than septum cartilage, which can make nose tip even looks more natural. Just like septum cartilage, it's also usually used for nose tip surgery. And this cartilage used for Korean plastic surgery, is collected from the back of ear which has almost no functional role, so it is safe.

Rib cartilage also can be used, and it's being used only when patient's nose base became very weak due to inflammation from several times of surgery or shortened form capsular contracture. Again, it's safe since cartilage amount is abundant and has low infection rate. Refined and pointy nose tip can be achieved since it has low absorption rate but high supportive power.

Besides the cartilage, there are also autologous skin, autologous fat, and autologous fascia that is being used for Korean plastic surgery. It is the fat that lays on outermost layer of skin so it has low chance of side effect, and is collected on thigh area below butt. Both autologous skin and autologous fat are used only when it's necessary and not for raising nose bridge height. Last, autologous fascia is fibrous layer surrounding muscle. It is collected on the temporal area or leg so it has low chance of side effect and quite safe. Since this is very thin and fluffy tissue, its purpose is to embrace cartilage or implant lightly and it prevents symptom of thinning nose tip skin or red nose tip.