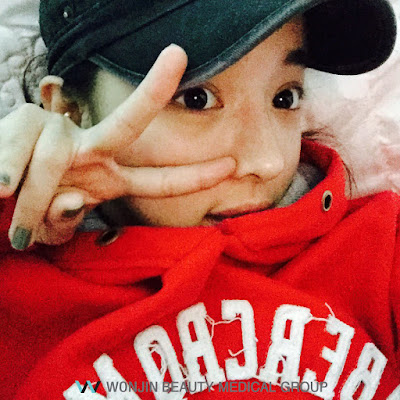 Nose job or nose surgery or what we know as rhinoplasty is one of the most popular Korean plastic surgery chosen by both Korean or foreign patients. Not just because of nose is the center of face so that people want to have the perfect nose but also chosen to fix its functional. For example is a curved nose case. A curved nose should not just be aesthetics but also a treatment for the septum, which is why you should receive the treatments here at the best Korean rhinoplasty hospital, Wonjin Plastic Surgery, as we have ENT surgeons in residence who have much experience and knowledge about anatomy of nose.

Nose tip requires raising - in case of nostril cartilage width pulled together is not enough, using your own cartilage and similar materials to make ideal nose tip. Cartilage from ear is used a lot to create more natural nose tip.

Sometimes the nose tip looks unnatural. Why? Wonjin had to analyze the problems carefully and come up with new solutions to answer the patient's concern. One of the case is a case of absorbent support fixture for the septum installation. Here, at the best Korean rhinoplasty hospital, Wonjin do not implant only cartilage. After implanting cartilage, we use an absorbent support fixture for the septum to make the nose tip hard. In virtue of this support fixture, elastic nose tip can be maintained even after time.

The surgery is appropriate for those who has flat nose tip, weak and soft cartilage, short columella that requires extension, and case that is not enough with tightening up nostril cartilage.