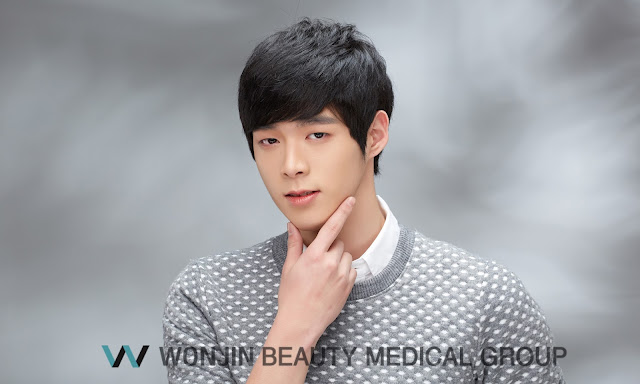 Have you heard of Wonjin's Korean best face contouring surgery called Spin-Carving? No, it's not a square jaw reduction surgery, instead it's a surgery that completes V-line at once. Basically, the subject of spin-carving is not the square jaw. Wonjin's spin-carving is done to complete a slenderized face from the hairline to the cheekbone, square jaw and the edges of chin.

Speaking of Korean best face contouring surgery, not hurting the nerves is important. But at the same time, the effect of the surgery also has to be improved. And one of the reason why square jaw reduction exist at the moment failed to gain the front view effect was risk of damaging the nerves. One of Korean best face contouring hospital, Wonjin Plastic Surgery, carves the bone tightly beneath the nerve lines located on the edges of jaw while maintaining the safety.

Do you know that the reason why face look big is not only because of the angular jaw but also the thick bones and muscles? Our facial bones are made up of three layers. Korean best face contouring, Wonjin Plastic Surgery Clinic Seoul Korea, removes the cortical bone which is the outermost shell of bone. BUT a special know-how is need so it can be removed delicately as the cortical bone is located closest to the tissue so it cannot be just pulled off. 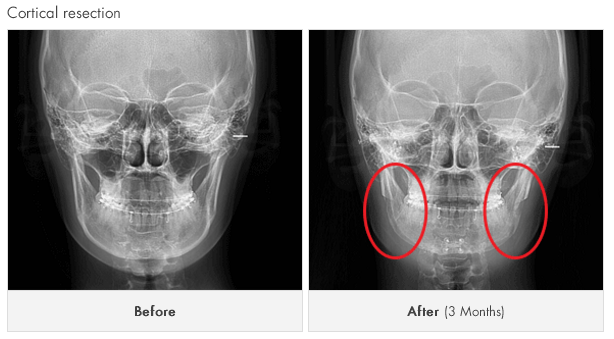 When the cortical resection is made, the volume of both bone and muscle will be shrunken and thus narrowing the face width. So a dramatic effect of while face becoming smaller and 3D effect will be gained.

Wonjin Plastic Surgery is confident that this surgery is more advanced surgery than the previous square jaw reduction surgery. However, we don't insist on just one surgery, but we accurately diagnosis the patients' condition and give the appropriate surgical method to the patients. 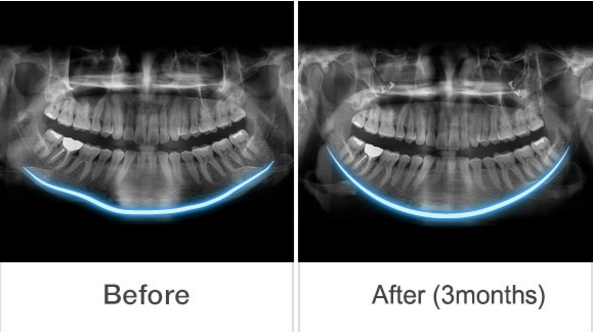 What can be seen from the picture above is, Wonjin cuts it from the square jaw to the edge of the chin in one long curve line. We made it slimmer by not cutting the front chin separately. So the result will be even smoother. Yes, it's not easy to cut the hard and stiff bone in one smooth curved line. Wonjin can promise you the successful result with our experience for more than 20 years.